Hello friends, today in this post we will get information about essay on gudi padwa in english i.e.gudi padwa essay in english. we will learn this essay in 100, 300 and 500 words. Let’s start.

essay on gudi padwa in english in 100 words

Gudipadva is the first day of the Hindu New Year. This festival is celebrated in Chaitra Shuddha Pratipada. This festival is celebrated with great enthusiasm all over India and mainly in Maharashtra. Gudi is erected in front of the door of the house to welcome the New Year. A silk cloth is tied to the end of a long bamboo to make a gudi. A necklace of sugar cane, neem leaves, mango twigs and marigold flowers is tied on it and a kalash is placed on it. This Gudi is raised towards the sky. This Gudi is considered a symbol of victory.

This festival is believed to have been celebrated when Lord Shriram came to Ayodhya after 14 years of exile and was crowned. On the day of Gudipadva, there is a method of consuming neem leaves. It purifies the blood and boosts the body’s immune system. On this day, many families have a great plan for Puranpoli or Shrikhand Puri. The festival of Gudipadva gives us the message to forget the past and face life with new enthusiasm and happiness.

essay on gudi padwa in english in 300 words

Gudipadva is an important festival in Indian culture. According to the Hindu calendar, this festival is celebrated on Chaitra Shuddha Pratipade, the first day of spring. This first day of the new year is considered very sacred. Gudipadva, the spring tea, is celebrated with great fervor all over India. In Maharashtra, Lord Ramachandra defeated Ravana and entered the city of Ayodhya after exile. On that day, the people of Ayodhya had erected gudhas, pylons and celebrated to welcome Shri Rama. The same practice continued for years.

Gudi is still erected at home. A beautiful rangoli is drawn in front of the door. Gudi is erected in front of the door of the house to welcome this new year. A gudi or silk cloth is tied to the end of a gudi with a long stick. Neem leaves, colorful batasha, mango twigs, flower garlands are tied on it. And a kalash is placed on it. She is worshiped by tying a Gudi. Therefore, this day is considered as one of the three and a half important moments.

The erected Gudi is considered a symbol of victory and prosperity. On this day people buy goods, buy gold. Some people start a business or start a new venture at this moment. Sweet dishes are made at home on this day. Puranpoli, Shrikhand Puri and sweet start of the day. On Gudipadva, cleaning is done everywhere. On this festival, people take the time to clean and make beautiful rangoli at the door. It is customary to eat neem leaves on this day. Bitter lemon leaves boost the immune system and purify the blood.

On the occasion of Gudipadva, processions are taken out to show a glimpse of Hindu culture. Women, men, children participate in the procession in traditional dress. Forgetting everything from the previous year, start the new year with joy and enthusiasm and pray that the coming new year will be full of happiness. This is the message that Gudipadva festival gives us.

essay on gudi padwa in english in 500 words

Gudipadva is not a festival you don’t know. Because we have all been celebrating festivals since childhood. And it is rare to see a Marathi man celebrating Gudipadva. Gudipadva is one of the major Indian festivals. According to the Hindu calendar, this festival is celebrated on Chaitra Shuddha Pratipade i.e. the first day of spring in India and all over Maharashtra. This festival is celebrated with great enthusiasm in India and mainly in Maharashtra.

Gudipadva is one of the three and a half moments mentioned in Vedanga Jyotish. Marathi New Year starts from this day. The reason for celebrating Gudipadva is that Lord Ramachandra defeated Lankadhipati Ravana and the demon after 14 years of exile. Defeating Ravana and the demons, Shriram entered Ayodhya on the same day. Therefore, on the same day, Chaitra Shuddha Pratipade was celebrated by the people by erecting Gudhas. That is why Gudipadva is celebrated all over India.

This festival is very important in Maharashtra. People erect gudi at the entrance of the house to welcome the new year. The new year of the people of Maharashtra starts from this auspicious day. Therefore, since the beginning of the new year, the Marathi people celebrate this San with great enthusiasm and enthusiasm. People in India celebrate the New Year by wishing happy New Year to their family members, children, friends, family and relatives.

The place for erection of Gudi is cleaned. It is also practiced in rural areas. Gudi is built by erecting Gudi in that place. In front of Goody, women and girls make beautiful rangoli. The gudi is filled with fragrance, turmeric-kumkum, flowers and akshata. Gudi is traditionally worshiped. Niranjan burns incense and incense. It is customary to eat neem leaves with jaggery as prasad. It purifies the blood and boosts the body’s immune system. In Hinduism, there is an old tradition of building Gudi from house to house as a symbol of victory and prosperity.

Gudipadva is also a source of health benefits for you. This is because the pill we consume on the day of Gudipadva is made from a combination of ova, salt, asafoetida and sugar and neem. . In the afternoon, sweets are offered to Gudi. Also in the evening Gudi is taken down again by carrying turmeric-kumkum. Thus Gudipadva is celebrated with great enthusiasm all over India and especially in Maharashtra.

Friends today we learned essay on gudi padwa in english. If this topic you liked then share this post with your friends. And if you want Importance Of Marathi Language essay in english like this then comments us we will definitely make a post on your topic. 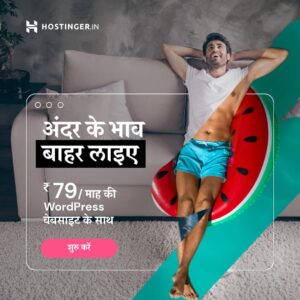